The History of the Fruit Crate Label 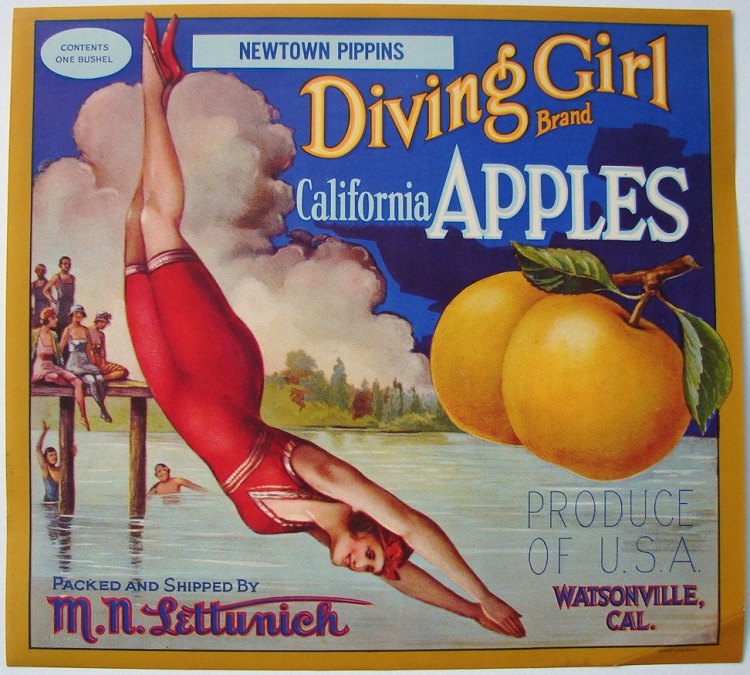 California fruit growers appealed to eastern consumer’s ideas about the west coast as a paradise, and often featured pictures of attractive women enjoying the outdoors, or beautiful landscapes of fertile valleys bounded by mountains and sea.

For much of the 19th century, the American apple industry was concentrated in the eastern part of the country, and markets for apples were primarily local or regional, and much of the nation’s apple production occurred on farms where fruit growing was but one of many agricultural activities. In the late 19th century, with the development of a national railroad network and refrigerated rail cars, and the introduction of chemical pesticides and fertilizers, a new, more specialized fruit growing industry emerged along the Pacific Coast.  Apples produced in the fertile valleys of California, Washington and Oregon could now be shipped to consumers across the nation, and arrive in pristine condition. 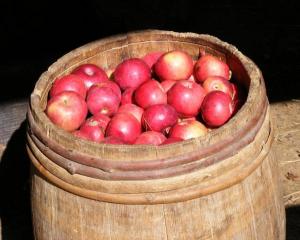 But as western fruit growers developed their industry, they had to develop distinctive methods for packing their apples.  In the east, apple growers typically rolled oak barrels out into the orchards and quickly packed the apples direct from tree to barrel.  Once a barrel was filled and the lid secured, the farmer could roll the barrel out of the orchard before loading on a wagon. The fruit inside made its full journey from orchard to store in the barrel, and the merchant typically sold the fruit straight from the barrel. 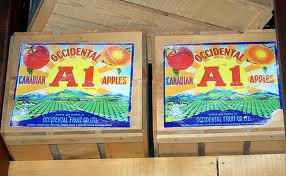 The softwood fruit crate was a necessary innovation from the west coast fruit industry. But it also had the advantage of reducing shipping costs with its greater packing efficiency.

On the west coast, a shortage of hardwoods made the barrel an impractical container for getting fruit from orchard to store.  Instead, west coast growers built small softwood crates, and carefully packed fruit in these smaller containers.  The rectangular shape of the crate also increased packing efficiency as fruit traveled across the nation by railcar.

Apples from the Pacific Northwest (and apples and citrus fruit from California) proved to have great appeal to eastern consumers.  Every specimen arrived at the grocer’s in good shape, whereas apples at the bottom of large oak barrels were often bruised and unappetizing.  Finally, by decorating the crate with colorful brand labels, western fruit growers appealed to consumer’s aesthetic sensibilities, and sometimes cultivated brand loyalty. 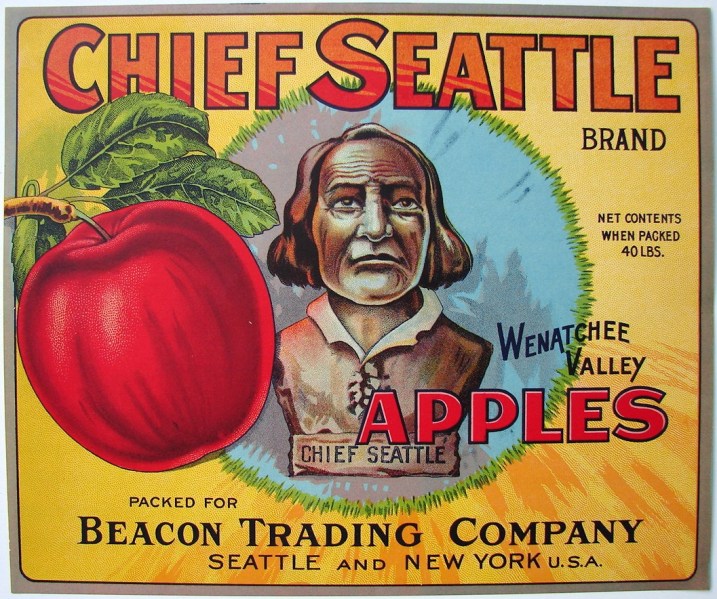 Eastern consumers often associated the west with Indians, so many fruit crate labels used images of Native Americans in their branding. 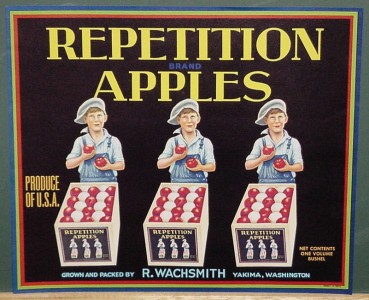 This unusual label reveals the twentieth century American consumers’ interest in food products that were consistent and predictable in flavor and appearance. 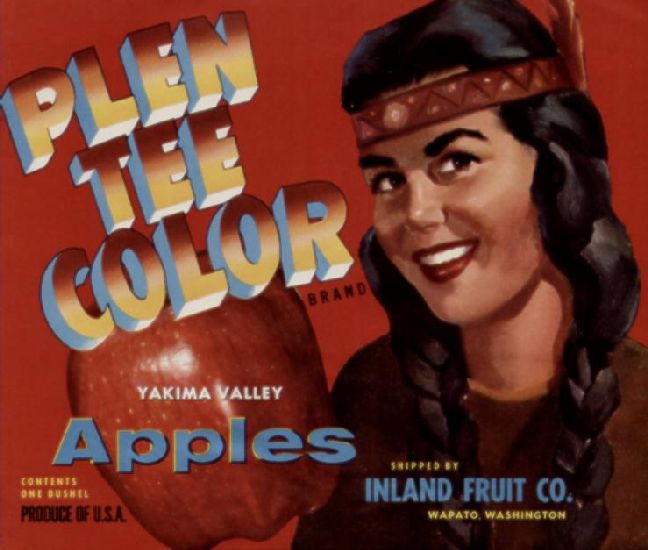 By the 1940s, American apple consumers were increasingly obsessed with the physical appearance of the food they consumed.

Fruit Growers responded to a perceived consumer preference for “good looking” fruit by cultivating “sports” which were striking in their color and appearance.  A “sport” is a naturally occurring genetic mutation in a grafted tree, which can than be propagated by grafting.  “Red Sports” were all the rage, and growers became more and more concerned with production of apples with the best color.  Many argue that they did this at the expense of flavor. By the 1950s, red sport varieties of the Delicious and the McIntosh were dominating an apple market which increasingly lacked choice and diversity. 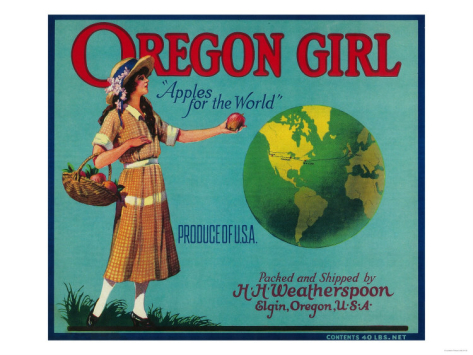 This “Oregon Girl” label anticipates the transition to a global apple market.

Today fruit crate labels are highly collectable, and most of those which survive come from west coast orchards.  Eventually, east coast growers began to recognize the effectiveness of the fruit crate label as a marketing device, and they began to emulate

their western competition. so labels from eastern producers can be found, but are less plentiful.   The golden age of the fruit crate label were between the 1890s and the 1940s. By the 1950s, corrugated cardboard boxes began to replace the fruit crate, and while commonly stamped with colorful brand images, they lacked the vivid color and appeal of the softwood fruit crate label.