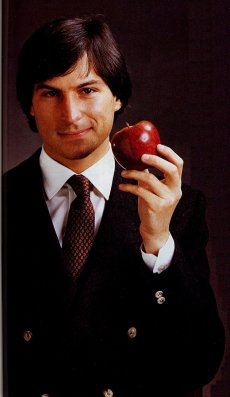 The legend of Johnny Appleseed has been retold to generations of children.  The wandering apple tree planter is held up to young people as a force for good in the world.  In most of the children’s literature John Chapman most resembles St. Francis of Assisi—a generous soul who committed himself to a life of poverty in order that he could do good for others.  In the story of Johnny Appleseed, bringing the gift of the apple tree to poor frontier families is the focus of his benevolence.  When I give talks at local historical societies and libraries, many in the audience are often unsettled when I mention that he sold his seedling apple trees.  That John Chapman may have earned cash from his activities upsets their image of him as a man whose mission was one of pure benevolence.

During the middle decades of the twentieth century, as local historians began a serious effort to find evidence that John Chapman had spent time in their communities they began unearthing evidence in an unexpected place: land records offices.  John Chapman, it appears not only sold his trees for money, but he bought and sold land, amassing, at times, as many as 800 acres or more.  For some champions of the Johnny Appleseed legend, evidence that their hero sold apple trees and speculated in land was quite troubling, as it appeared to undermine their view that he was a man absent of personal material desire.  But other Johnny Appleseed aficionados embraced this new information, and in a post-WWII era when the reputation of the American businessman was ascendant, they began to promote a 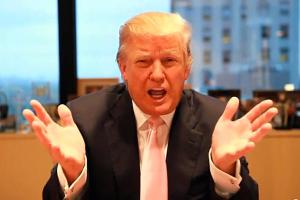 vision of John Chapman as a successful businessman.  One writer during the Reagan era even declared that “Johnny Appleseed was an entrepreneur—the kind of small businessman so much a part of the building of America—who conceived and executed a unique and daring enterprise of growing and selling apple tree seedlings . . . One of the key ingredients of business success is a sound understanding of the nature of the market served. Johnny Appleseed seemed to have comprehended his market exactly.” In his efforts to portray John Chapman as a true capitalist, the writer denied  that Chapman ever gave away his products for free, despite much evidence to the contrary. “He deliberately, and in a business-like way sold the seedlings to pioneer farmers,” this champion of the Johnny Appleseed-as-businessman idea insisted.  Others who have subscribed to the Johnny Appleseed-as-businessman idea have exaggerated the extent of his accumulated wealth at the end of his life.

There are many problems with the Johnny Appleseed-as-successful-businessman 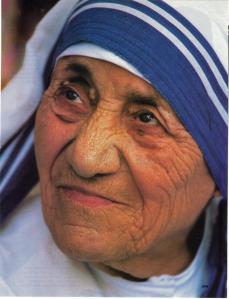 idea, and the first of these is that a close look at his economic transactions suggests that he was a poor land speculator.  He often bought high and sold low, or defaulted on land entirely when he could not make payments.  When his estate was finally settled after his death, it appeared that he was neither rich nor poor, but someone who simply “got by.” His credits and debits pretty much cancelled each other out in the final reckoning.  But the larger problem is that it is clear that for at least the last two decades of his life amassing wealth was not John Chapman’s objective.  He continued to live the life of a pauper, despite the demand for his trees, and spent nearly all of the money he earned helping others.  While it is true that he put a price on his trees, he commonly followed a “pay what you can” model, charging full price to those who could afford it, and discounting or even giving away trees to those in tighter financial straits.

Perhaps a better label to apply to John Chapman is that of “social entrepreneur.”  The idea of the social entrepreneur has gained recognition in recent decades, yet still remains imperfectly defined.  Most commonly it is used to describe persons or

Rocker Jon Bon Jovi opened Soul Kitchen, a “Pay What You Can” restaurant.

organizations that employ their entrepreneurial skills to affect positive social change rather than to maximize profits.  Company’s like Newman’s Own, founded by the late actor Paul Newman, that devote 100% of their profits to charitable causes is one example; the website Kiva.org, which allows individuals to extend no-interest loans to entrepreneurs in impoverished regions is another. Chapman fits this broad definition of social entrepreneur pretty well.  He recognized the demand for seedling apple trees on the expanding frontier, and found a way to fill it.  By making them available to settlers using a pay-what-you-can model, he improved the lives of frontier families.  And most of the money he made off this venture he re-invested in people, purchasing religious tracts which he distributed freely on the frontier, and giving money and goods to those he encountered who had pressing needs.

To learn more, pick up a copy of Johnny Appleseed and the American Orchard, now available at finer bookstores, from the History Book Club, and in Kindle, Nook, and Sony Reader editions.